I was thrilled to receive an invitation to the literati party at the US Consul General’s residence on the 29th of February. The event was hosted in honour of the Iowa International Writers Programme delegation that has been visiting South Africa and participating in writing workshops and seminars around the country. They began their trip in Kimberly, at Sol Plaatje University, and Cape Town was their second stop.

It was a relaxed and pleasant evening to start, with great drinks, snacks and company. Thereafter we were privileged enough to receive a reading from Naomi Jackson, from her debut novel The Star Side of Bird Hill. Her reading was beautiful and lyrical, and I can’t wait to read the book. Look how incredible her cover is! 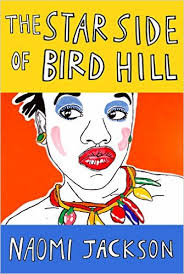 Following Naomi’s reading we also were treated to a poem by Diana Ferrus, as well as some fascinating background on Saartjie Baartman, as well as a Mozambican ship that capsized on our coast carrying slaves. We were treated to two further poems by Bulelwa Basse and Lauren Haldeman, before closing for the evening.

There is something magical about being surrounded by creative and sensitive people for an evening, and I was grateful to be able to attend, and to have my lovely friend Sarah Gurney with me.